Everything you need to know about this incredible partnership between ICC and Jus Mundi.

Written by Luciana COLLINET
Updated over a week ago

👉 What is the International Chamber of Commerce (ICC)?

👉 What is the partnership between ICC and Jus Mundi about?

👉 Why did ICC choose Jus Mundi?

👉 But why are ICC arbitral awards being made public, aren't the awards supposed to be confidential?

"Publicising and disseminating information about arbitration has been one of ICC’s commitments since its creation and an instrumental factor in facilitating the development of trade worldwide.”

👉 Can I find the award in another place?

👉 Are all ICC awards going to published?

👉 Why are other ICC awards published already on Jus Mundi, made before 1 January 2019?

👉 What is pseudonymization? How does it work?

👉 How often will Jus Mundi add ICC awards to its database under the partnership?

👉 Who has access to the original PDF of the award?

👉 Can anyone with an internet connection access the ICC awards under this partnership?

👉 Where can I find the documents published under this partnership with the ICC? 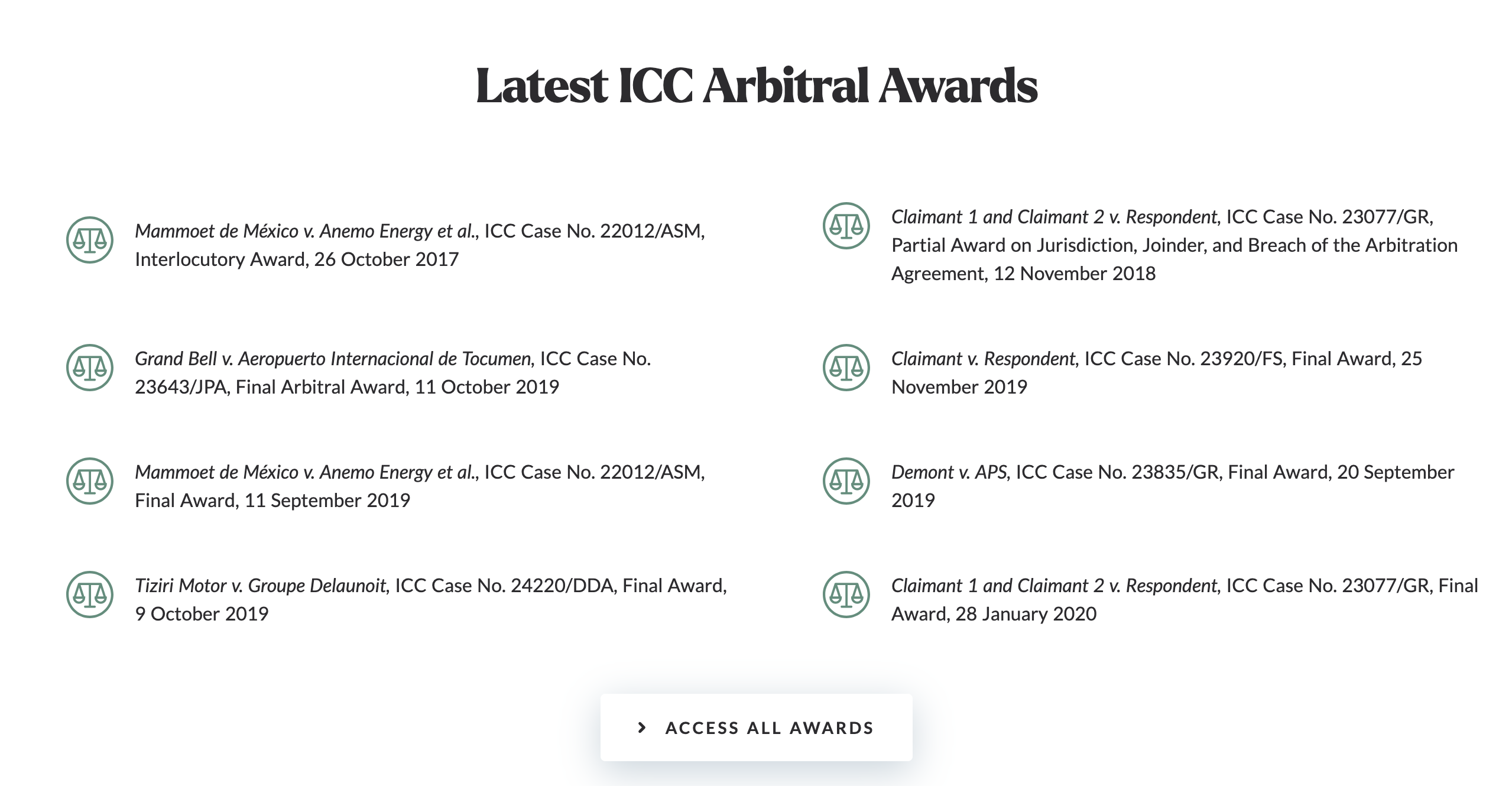 ❗ IMPORTANT: If users wish to use Jus Mundi's advanced AI research tools to make better use of ICC arbitral awards beyond the free open access provided, they are encouraged to sign up for the demo account on the Jus Mundi home page.

☎️ If you have any other questions about our partnership with the ICC, do not hesitate to use our live chat, or contact our Care department (care@jusmundi.com)

Did this answer your question?